Nine years ago I was on a panel organised by the Mises Seminar in Sydney, 26 November, 2011 on Australian Libertarian Politics – “On the Workers Party” You Tube. I found the notes of my presentation recently and reproduce them here with some revisions.

I have also put online a copy of the wonderfully radical Workers Party Platform of 1975 written largely by Bob Howard. See the new section on Australian Classical Liberals and Libertarians and copies of the Platform: HTML version or facsimile PDF version.

I concluded with some thought about the strategy for achieving radical change, stating that I was a “Hayekian” in that I found his essay “Intellectuals and Socialism” (1949) persuasive. Since then I have written more on the strategy needed for bringing about a free society, namely

Here are the comments and reflections I gave at the panel presentation in 2011 (with some revisions).

Some Thoughts on the Workers Party

Here are some random thoughts:

On attaining office, the Party will:

Immediately abolish death duty, gift duty, capital gains tax and sales tax, and gradually reduce to an absolute minimum all other taxes, including personal and company taxes; and, as soon as possible thereafter, reduce all other taxes until government activities as far as practical, can be financed through charges for special services rendered.

At all times, the Party will ensure that the government spends no more than it receives.

Government expenditure will be continually reduced. In addition to the measures outlines elsewhere, the Party will, within 12 months of attaining office, examine the functions of all government departments, with a view to gradually reducing them to five in number:

The Department for Defence Against Internal and External Aggression.

The Department for the Review of Laws and the Legal System.

The Department for the Reduction of Taxation.

The Department for the Reduction of Government Control.

The Department for the Rehabilitation of Tax Consumers.

(The latter four departments would be phased out on completion of their roles.)

I came across the writings of Ayn Rand during the summer holidays between years 10 and 11 of high school [1972-73]. I read The Fountainhead and then Atlas Shrugged in short order.

Sometime during 1973 I found an advertisement in the Sydney Morning Herald for a meeting of the “Ayn Rand Discussion Group” in Sydney. My parents very reluctantly let me go to the meeting. It was there that I met Bob Howard and the other Sydney-based libertarians. I was barely 16 years of age.

I recall that Bob and his friends were in the middle of a fiery debate over the proper role of the state. Some of them had just discovered Murray Rothbard’s theory of anarcho-capitalism and were challenging the orthodox Randians who of course believed in “limited government”. As a freshly minted Randian I found this a fascinating debate and I threw myself into it. I remember reading Roy Childs’ “Open Letter to Ayn Rand” (originally written in 1969) which sealed the debate for me in favour of anarcho-capitalism.

I was a by-stander while the WPP was being written. As a friend of Bob Howard I discussed matters with him but was not directly part of the official writing committee.

Here are the election results. Bob Hoard got 3.6% of the primary vote.

I watched with some sadness as the WP disintegrated shortly after 1975 election. It changed its name to the “Progress Party” in order to overcome the perceived stigma of the name “Workers Party”, and then disappeared.

The path for radical change I have adopted since then has been a version of the Hayekian “Intellectuals and Socialism” strategy, namely the very long-term strategy Hayek developed after studying how socialists achieved change in the early and mid-20thC. You might summarize this as attempting to influence the people (academics) who influence the people who originate and implement government policy (journalists, lobbyists, policy makers, politicians), who in turn influence voters who vote in elections. The groups I have been active with ever since, the Institute for Humane Studies (celebrated its 50th anniversary 2011) and the Liberty Fund (50th anniversary 2010), have followed this Hayekian strategy, more or less.

Talk given to a Conference on “A Brief History of Economic Thought,”
Institute for Liberal Studies, The University of Toronto, Bahen Centre
Friday 29 September, 2012

Abstract: The decade or so 1845-1856 saw a major re-thinking taking place in the nature of classical economic thought in France. The first generation of 19th century French political economy had built upon the legacy left by the Physiocrats of the 18thC (Quesnay, Turgot, et al.), and was comprised of Jean-Baptiste Say (1767-1832), Charles Comte (1782-1837), Charles Dunoyer (1786-1862). They were active in the period between the appearance of Say’s Treatise in 1803 and the appearance of Dunoyer’s magnum opus De la Liberté du travail which appeared in 1845. A new second generation of French political economists emerged in the early 1840s under the umbrella provided by the Guillaumin publishing firm and the founding of the Political Economy Society and the Journal des Économistes in 1841-42. This younger generation was made up by Frédéric Bastiat (1801-1850), Charles Coquelin (1802-1852), Jean-Gustave Courcelle-Seneuil (1813-1892), and Gustave de Molinari (1819-1912). They made important contributions in the ten years between 1846-1856 which transformed the way economics was thought and done. Some of their innovations included the following: the appearance of a more radical radical libertarianism view of political economy in the areas of free banking (Coquelin), and the theory of plunder, subjective value theory, free trade and peace (Bastiat). They also began to challenge some of the key principles of the orthodox classical school of Ricardo, Malthus, and Smith, with new ideas about rent, value theory, and Malthusianism (Bastiat) and the private provision of public goods ( Molinari), and also free competitive banking (Coquelin). Some of these new directions in French political economy are discussed, with an emphasis on the work of Bastiat.

Abstract: This paper examines Molinari’s assessment in two articles he wrote at the turn of the 20th century of the achievements of liberty in the 19th century and his prognosis for liberty in the coming 20th century. Concerning the latter, he successfully predicted two related things: firstly, that anti-liberal policies being introduced in the late 19th and early 20th centuries would inevitably lead to a long period of economic crisis and political oppression brought about by war, imperialism, socialist revolution and government intervention in the economy; and secondly, that once this dark period of “statism” had run its course, the benefits of individual liberty and the free market would be rediscovered and the classical liberal reforms the classical liberals had advocated in the 19th century would be introduced once again. His successful predictions need to be seen against the unsuccessful predictions of socialists of all kinds made in the same period. Whether democratic socialist or revolutionary (Marxist) socialist, the predictions of inevitable socialist revolution bringing about peace, prosperity and freedom for the mass of people have been proven to be hopelessly wrong by the extraordinary events of the 20th century. The paper also includes three appendices of Molinari’s writings (in French) from this period.

A paper given at the Inaugural Mises Seminar, Sydney, 26 November 2011

Abstract: This paper examines the mid-19th century century French classical school of political economists and compares them to the modern Austrian school of economics which emerged in the late 20th century. In it I ask two questions: “How Austrian were the French?” – this question comes about because a number of Austrian economists (Rothbard and the Mises Institute) have seen many glimmerings of Austrian economic insights in the writings of the French CL school (Say, Bastiat). They ask themselves whether or not they were precursors or “proto-Austrians” before the full flowering of Austrian economics after the marginal revolution of 1870s? How many ideas concerning economic and social theory (history, sociology) were shared by the two schools of thought? The second question I ask is, “How French are the Austrians?” – one might also ask would Rothbard and his school within the Austrian tradition have turned down the anarcho-capitalist road if it were not for the seminal writings by Molinari in the late 1840s and mid-1850s? Did Leonard Liggio introduce Rothbard to these French writers? From this perspective one might ask “how French are the Austrians?” 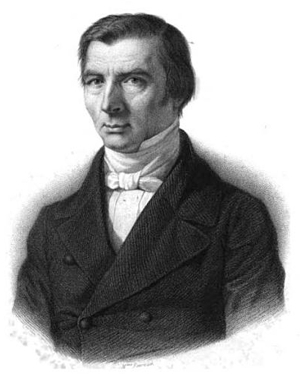 Abstract: “Is Biography History?” My conclusion is that the life of FB is a good example of how the “biography of ideas” developed by Ashcraft for Locke and Scott for Sidney, and Mises’ theory that “human action” is purposeful and ultimately based upon the ideas that an individual holds, can be profitably used to deepen our knowledge and appreciation of Bastiat ideas in the late 1840s. The historian has to know what Bastiat was doing between 1844 and 1850 in order to understand what he was thinking and and why he thought the things he did. Studying the texts by themselves in not sufficient. Studying the events of his life without reference to the evolution of his ideas is also not sufficient. Bastiat provides us with a good example of an individual who had a set of well-thought out (though evolving) ideas upon which he based his actions in order to achieve certain specific goals. He modified his ideas as circumstances changed, he adapted his strategies to achieve his goals, and he cooperated with other individuals who shared his ideas and his goals. The biographical study of his life provides the historian with the information which is needed to understand his ideas, his purposes, and his strategies, as well as to evaluate his successes and failures as a man of ideas and of action. To return to Mises’ useful summary of the relationship between ideas and action in the life of a man: “Action is preceded by thinking. Thinking is to deliberate beforehand over future action and to reflect afterwards upon past action. Thinking and acting are inseparable… But thinking is always a manifestation of individuals.” This was certainly true in the case of Frédéric Bastiat.